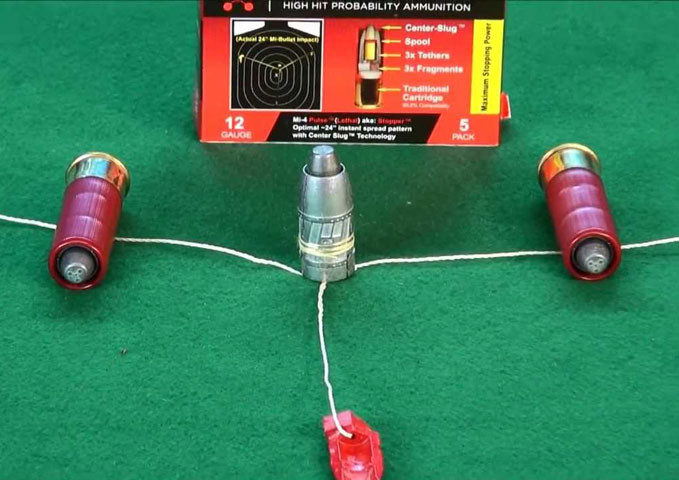 With Shot Show 2014 wrapping up this past Friday, there are a lot of stories about new guns and gear introduced at the show. But, when I read about the new multiple impact bullets at The Blaze, I knew I had to write something about them. 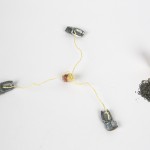 Introduced by Advanced Ballistics Concepts (ABC), the multiple impact bullet – or MI-Bullet™ – “combines the accuracy of a spin-stabilized bullet, with the proven increased hit probability and stopping power of mult-projectile-shot (buckshot).” The way the MI-Bullet achieves the multiple projectiles is somewhat simple and at the same time rather complex. But the end result is hard to argue with when you see it in action – or even seeing the pictures. 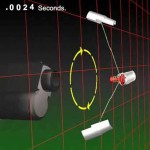 The MI-Bullet looks and acts like a standard round up until it leaves the barrel of the gun. At that point the round breaks into four main parts with a center slug and three rotating pieces tethered to the center slug by wires. The centrifugal force of the spinning round causes the tethered pieces to orbit around the center slug as it goes down range maintaining a trajectory similar to any traditional round but now with the impact radius of over 10 inches. This takes a typical .45 caliber slug (and soon 9mm) and gives it the kind of projectile spread you would see in a shotgun providing a much higher probability of someone hitting their intended target. This makes the MI-Bullet an excellent option for law enforcement and home defense. See the video below for a demonstration of how the MI-Bullet works: 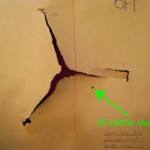 According to ABC, in life or death gun battles, 93% of shots fired miss. That’s a startlingly high number considering most of those involve trained law enforcement. The company suggests that some of the reason for those misses is something quite simple: “last second twitch”. While most people experienced with firing hand guns probably feel they have reasonably steady hands, a last second twitch moving the barrel even two degrees would mean that over a 20 foot distance you will miss your intended target by as much as 10 inches  – a significant distance.

ABC is offering the MI-Bullet in two calibers: the Mi3 12 gauge and Mi3 .45 ACP. Now, at $49.99 for 10 rounds of the .45 ACP and $59.99 for 10 rounds of 12 gauge, they’re not cheap. But, for home defense, personally, I think it’s a worthwhile cost. Even the most accurate and trained shooters would probably agree that in a life or death situation you’d rather not take the chance of missing your target. I don’t think I’d take this to the range at a cost of $5 or more per round, but having them loaded in my personal defense weapon at home sure seems like a good idea. For more information about the MI-Bullet, watch ABC’s video below or visit their website.