Reasons I Find Discovery’s Sons of Guns So Entertaining 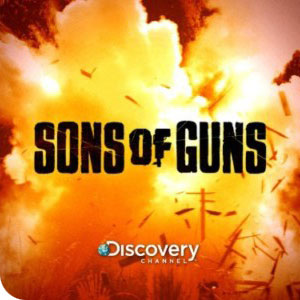 When I first tried to describe Discovery’s Sons of Guns to my brother I told him it was, “Cake Boss for guys.” I don’t want to make gender generalizations so I’ll add to that “… and girls who like to strap one on.”

Seriously, I was hooked when the very first episode aired in January 2011. And back then, the episodes were only a half hour long. I’m not sure what compelled Discovery to put this show together, but I’m forever grateful. I used to say my dream job would be to be a Mythbuster, but I can add “working for Will Hayden” as a very close second place. 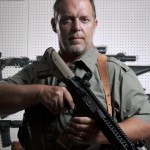 If you haven’t seen it, Sons of Guns is a show on the Discovery Channel about a gunsmith, Will Hayden,  and his shop. But, Red Jacket Firearms is not just any gun shop. In fact, they don’t really sell run-of-the-mill firearms at all. They’re a specialty gun shop that makes weapons “to-order” as well as make modifications to existing firearms like suppressors and other add-ons. Will really specializes in the unique custom orders most other gunsmiths would shy away from. Anything from making an ATV mounted shotgun for  a veteran with one arm to a remote controlled machine gun for military use.

I think the first thing I like so much about the show is the people on the show. Will’s shop, Red Jacket Firearms, is an interesting collection of characters that range from wacky to frighteningly genius. Will himself is a ex-Marine with quite an impressively gifted mind. He really does seem to come up with ideas out of left field that no one else could conceive of and he’s usually pretty right about things. That’s not to say he doesn’t have a stubborn streak and can come across a bit cocky at times, but I believe his experience and intelligence allow for a little of that. On camera at least, Will seems like a very caring individual who cares for and respects his staff and family. And he’s also not afraid to give them challenges and let them fail. All of which are qualities I respect of any person and especially admire in people in leadership positions.

So, here’s the first thing I enjoy about Sons of Guns: The people. 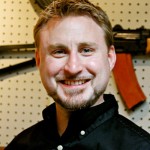 Will’s team is headed up by Joe who is, I believe, head of operations now. Joe was a professor at a local college while working for Red Jacket part time but recently quit teaching to work full time with Will and the gang. They joke sometimes about Joe being a genius, but I don’t think it’s a stretch. Some of the things he comes up with blows my mind. People often think of the people on this show (and sometimes gun lovers in general) as redneck morons. This show proves, if anything, that gun people can be some of the smartest around. 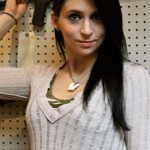 Next up would be Will’s daughter Stephanie. She kind of runs the business side of the store, but don’t be fooled – this girl knows her way around guns. She’s smart, sassy, funny and from all appearances, a kind, caring person and a good manager – plus she brings some femininity to the shop which isn’t a bad thing. I’ll admit that it is also often a pleasure to see the close relationship between Steph and Will. They seem to have a pretty tight bond which is nice to see these days. 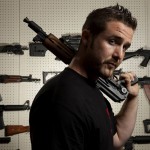 Stephanie is married to another member of the team, Chris. When the show first started, Chris was kind of the “kid in training” or so it seemed. But, Chris obviously knows a heck of a lot about firearms manufacturing. One thing I liked about him from the very beginning was his obvious respect for Will. He’s constant replies of “yessuh” showed he is a young man who respects his boss and does what he’s told. Not that he isn’t often hilarious to see working at the shop. I think I relate to him best as he often looks like a kid in a candy store when they take on new projects. And don’t get him started about cannons. 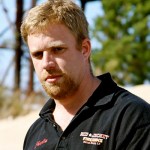 Other folks that appear often on camera at Red Jacket are Charlie and Flem. Charlie seems to be the “guy who can find anything” as he’s often called upon to find rare parts, ammo or even just info about something the team is working on. Charlie is an expert in firearms forensics – which is cool in and of itself – but he also seems like a very bright individual who works hard along with the rest of the team. Just another smart, hard working member of the Red Jacket family. 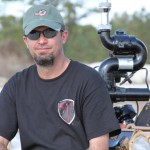 Last but not least of the regulars is Flem (short for Flemming). Flem is an ex-air force chopper gunner. So off the bat, he’s got my respect. He came in after the show started and impressed with his gun building skills right away. If I remember, Flem showed off by building an MG42 which was one of the baddest guns of WWII. In a recent episode, Flem opened up a little about his post-service struggles fitting back in to society after serving in combat. I think that explained his often quiet demeanor, but this another smart, hard working member of the team.

OK, so that’s the people, but what else is so great about the show? OK, second reason I love the show: these people build guns for a living. And they don’t just just work on any old gun, but awesome guns from century-old Sharps carbines to WWII cannons to the most modern firearms of today. Not only to they get to work on these guns, but they also get to shoot them – a lot!

Third, the atmosphere at Red Jacket. Granted, it’s TV, so I can’t say all of what we see is real. But, what seems awfully genuine is the sense of pride in what they do as well as a great sense of family for all who work there. Will seems to care for his staff as much as he works them hard. And each person we’ve seen working there seems to have that same sense of pride and joy in what they do. You have to admire people who love what they do for a living. 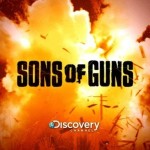 Last, and certainly not least: EXPLOSIONS! Will and the team always end the show testing whatever it is they’ve been working on that episode. And their tests are always a blast (literally). From setting up a fake train to test cannons on to creating a swarm of zombies to test the ultimate zombie gun, the team goes all out – and every time it ends with a bang.

For me, it’s a show I hope never goes away. I’m military and gun enthusiast, so this is right up my alley. If you like guns and haven’t seen it, you’re missing out.