Sons of Guns is Back – Thank You Discovery 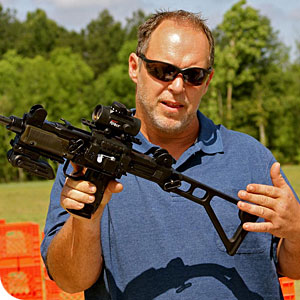 Not long after the tragedy in Newtown, I had a written a post about a letter I sent to the Discovery channel about a rumor I had heard about one of my favorite shows, Sons of Guns. The rumor was that Discovery was going to cancel the show in reaction to the Sandy Hook tragedy. I was both saddened and angered by that claim and took it upon myself to write a letter to Discovery sharing my thoughts on why Sons of Guns should stay on the air. Sadly, I never got a response to my letter, not even a form letter or email. But, I am happy to say that Sons of Guns is back on Discovery!

You can read all about why I love Sons of Guns, right now I’m just excited to see them back on the air. The first episode kind of crapped out on my DVR for some reason, so I have to record a rerun of that. But I did enjoy the second episode on April 26. I’ll admit, I think the Solothurn anti-tank gun was the coolest part of the episode. It looks like a lot of fun to shoot. That is, of course, as long as the round actually fires. I’ll admit though, Will getting whisked off to Jordan was pretty cool, too. Not sure what that’s all about – and I guess we’ll probably never find out. But, it’s pretty wild that this guy from Louisiana would be asked by a foreign military to help them out.

As excited as I am that Sons of Guns is back, I will say I’m not crazy about one aspect of the new season: the drama with Vince. I guess we viewers will never really know all that went on between Will and Vince over the years. I can only judge by what I saw. To me, Vince bailed on Red Jacket at a time they really needed him. Loyalty is important and he broke that all because he was jealous over how Kris was getting new opportunities. But, I was happy to see him go and don’t want him back in any way. I know reality TV producers think drama helps shows do better. Take it from a fan: leave the drama out. Sons of Guns is classy and fun when that garbage isn’t going on, so please let’s not focus on it anymore. The folks at Red Jacket seem to be a good, happy family. So, let’s not talk about the one that walked out on them.

Anyway, I’m happy Sons of Guns is back on and Discovery’s Animal Planet has a new gun-themed show called Wild West Alaska. Seems a little quirky, but I’ll check it out. Have thoughts about the show? Leave your comments below.

May 1, 2013S. Lawrence
Ammo Price Gouging - Boycott CheaperThanDirt.comGuns Save Lives - Real Stories of Gun Owners Protecting Themselves and Others
Comments: 28