It was a normal Monday night in a northern New Jersey mall last evening. For me, it was typical Monday night on the couch watching local TV broadcast from New York City when the news team broke in and interrupted Castle to tell us that there is an incident with a gunman at the Garden State Plaza Mall. And so another “mass shooting” in the news being covered by top-notch, well-educated reporters and news anchors. Yeah, great coverage.

I have a few beefs with the coverage I watched on both ABC and NBC out of New York last night. First of all, I never, and I mean never watch the local news. But, since it was a local event, I figured they would cover it more intently. However, intently also means cover it with more hysteria and less facts. Have not the major mistakes made covering recent high profile tragedies not taught news people anything? Remember the second shooter in Newtown? Remember announcing the name of the gunman only to find out it was actually his brother? How about the “5 additional un-detonated bombs found” after the Boston bombing and that they had made an arrest just hours later? Then, who can forget the names of the pilots of the Asiana flight: Sum Ting Wong and Wi Tu Lo. So, why not show some caution before announcing anything? No, it seems getting people to tune in and get misinformed is more the goal.

So, here’s my first complaint: I’m tired of the term “mass shootings”. A shooting is something I do when I go to the range. A shooting is something that people do when they target practice. Equating the word “shooting” to “killing” is like saying “cutting” is the same as “stabbing”. You cut your steak, you don’t stab or murder it. Events when multiple people get shot by a gunman are tragic, but why call them “mass shootings”?. More appropriate would be “mass murder by a gunman” or “an incident with a gunman” as was the case last night at the mall. Minor point, I know, but it bothers me. 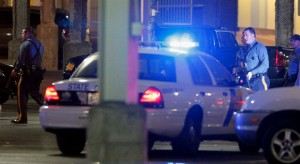 Second problem: stop reporting details as facts when they are NOT facts yet. The first report said the gunman was carrying an assault rifle and dressed in full body armor including a helmet. Others said he was carrying an AR-15 or as one reporter said it, “the same type of gun used in the Newtown massacre”. Turns out he was just wearing a black leather jacket and his motor cycle helmet. The “assault rifle” (yes, my next beef) turned out to be a .22 caliber rifle modified to look like an AK-47.

Third complaint: Please, please, please news people, learn what it is your reporting about! An assault rifle, by definition is one that has a select firing feature which means it can shoot in either single shot mode (one bullet per trigger pull) or in another mode like full auto and/or bursts. Even saying “assault-style rifle” is wrong. It’s somewhat true in that I suppose an “assault-style rifle” is one that looks like an actual assault rifle, but you don’t understand the difference and your audience certainly doesn’t so stop saying. An AR-15 is not an assault rifle and a .22 semi-auto dressed up like a Kalashnikov isn’t either. Another incident of misinformation occurred when the anchor tried to educate the public on gun terminology. One witness claimed the gunman was carrying a “long gun” (which I think was both an astute observation and proper description). The reporter said “a long gun is just another term for a rifle, so what the witness means is that the gunman was carrying a rifle”. Really? The only long guns that exist are rifles? While I doubt any potential killer would carry a musket, that is also another type of long gun and it is NOT a rifle. And did this guy never hear of a gun called a “shotgun”? That’s another type of long gun, genius. Really people, just read a little on the topic so you don’t sound like an idiot and spread you ignorance to the masses (well, I guess it’s too late for that).

OK, number four: When you interview witnesses at the scene, you might want to have them vetted before putting them on live TV. I watched the same guy interviewed on ABC, NBC and CNN and told them all that he saw “a group of five gunman”. Now, I’m no reporter, but first of all, I would hope you would want to get some details from the witness before you put him on the air to make sure you don’t look like a fool. Second, isn’t there someone in the studio checking other networks for characters like him? And third, don’t they teach you NOT to interview the guy who comes up and says “I saw the whole thing”?

Now, I really don’t expect Pulitzer material from the local news, even if it is coming out of a such a high profile city as New York. But, this was more like bad episodes of Not Necessarily the News. In the least, it’s sad and irresponsible. At it’s worst this kind of journalism does a disservice and can actually be dangerous.