The Facts About Islamism You Need to Know 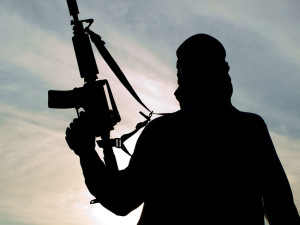 There’s a lot of ridiculous, moronic and hateful rhetoric on social media lately. It’s understandable that emotions are high and people want to share their thoughts on hot topics like the horrific terror attack in San Bernadino last Wednesday. But one of the things I’m most angry about with all of these rants in the media is those who apologize for Islamic Extremism and try to deflect a terror attack by focusing on gun control or suggesting that outrage over this attack is somehow an attack on Muslims and promoting Islamaphobia. So, let’s cut through the crap and get to the subject: Islamism.

First, you need to understand something, I’m not talking here about Islam at all. This is about Islamism. I am NOT going to say that all Muslims are terrorists. But it is a fact that some terrorists are Muslims who believe in Islamism. Similarly, not all white males are racist, but some are. In fact some racist white males become a terrorist who would murder innocent black church-goers while they pray. I know not all African Americans living in the inner cities are street thugs or killers, but there are young black lives lost by the hundreds in Chicago to gang and drug related violence. These are facts, not opinions. But they are also not generalizations about any one specific group of people. They are specific events and need to be looked at as just that. We can talk about multiple inner city crime incidents and work towards solutions. We can discuss mental health and the number of crazed young males gunning people down and hope to find some answers and prevention. But here I want to focus on Islamism and its impact on the world and the attack in San Bernardino last week is part of this story. 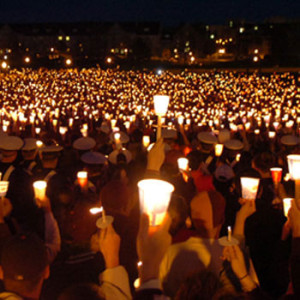 When a nut job shoots up a women’s clinic we should mourn, we should pray and we should work together to heal and prevent it from happening again. We can do that if we can have intelligent conversation about it. But we will never heal if we unreasonably attack people who aren’t responsible for the violence. It’s not reasonable or helpful to pass the blame onto all pro-lifers, or the NRA or conservatives. It’s also unreasonable to blame guns or law-abiding gun owners. Be reasonable people. A crazed, violent man attacked and killed innocent people and a police officer. First, don’t take a tragedy and use as an opportunity to attack someone or some group that you know little or nothing about. Second, take these opportunities to reach out to those people that you think are not helping the problem and ask reasonable questions about where we can find common ground and move forward.

When two Islamic Terrorists who hate everything that is American murders innocent people who had shown them love, we shouldn’t be yelling at each other. In light of this tragedy when we should be holding hands and praying together, instead we’re screaming at each other so loudly and unreasonably we’re forgetting the tragedy that we’re so passionately arguing about! 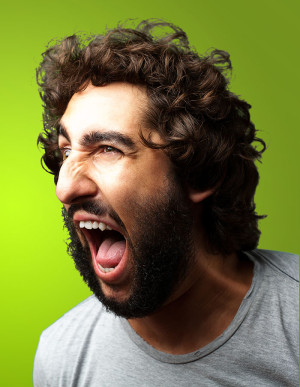 Right now on Twitter I’m reading anger, nonsense and things that do more harm than good:

“The NRA needs to stop supporting killers and terrorists”

Then you have the other side screaming:

“I hope they get the libtards and Democrats next!”

Then the gun grabbers:

“Why do people need military rifles to hunt?”

Then the intelligent argument:

“I wish all Muslims were dead!”

Then the expert on everything: 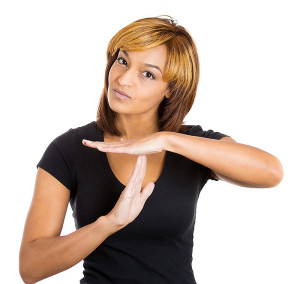 Stop! Just stop for a minute. Before you tweet that next hateful rant or uneducated nonsense, STOP!

Sixteen people died last Wednesday. Fourteen of them were innocent people celebrating the holidays happily with their coworkers. That’s fourteen empty seats at Christmas this year. Fourteen less revelers on New Year’s Eve. Fourteen families who have to bury their loved ones long before they should have. This is a tragedy. Tragedies are when we need to work together, not divide and point blame.

Of the sixteen that died last week, two of them were religious extremists. Religious zealots who believed that anyone who disagreed with them should die. Islamists like those people do not represent all Muslims. Just like Dylann Roof doesn’t represent all white males. But he does represent people like the KKK. Any reasonable person would not deny that the KKK has a history of being (a) evil, (b) racist and (c) wishing to inflict violence on anyone who isn’t white. Saying so isn’t bigotry or hate-mongering. I’m sharing facts. Sharing facts about these Islamic Terrorists is no different.

So What are the Beliefs of Islamism?

Islamist countries like Iran and the Islamic State exorcise the strict rule of Sharia Law which is the foundation of Islamism. These people along with the Islamic State, Al Quaida, Boko Haram and others believe that anyone who isn’t Muslim or even Muslim enough should die. These people don’t just believe Sharia Law should be applied to Muslims or carried out by mosques, they insist on Sharia Law as the law of the land. Meaning they rule through theocracy – the church and the state are one. A few quick rules of Sharia Law:

In fact, there are worldwide estimates of thousands of homosexuals being executed by throwing them from rooftops, crucifying them or burning them alive. Sharia Law also greatly suppress women with rules like these:

Also, these cultures engage in female genital mutilation. You probably never heard of it, and probably don’t want to read about it. But it’s happening to an estimated 3 million girls every year worldwide! Yes! This is the law of these people today in 2015! These people also hate the West – America, Europe and particularly France and Great Britain for something called the Sykes–Picot Agreement that occurred during WWI and lead to the Middle East being carved up into small states controlled by European-installed dictators. Not many Americans know that story but in the Middle East, they’ve been telling the story to every generation since. Islamists hate – and I mean despise the West for the way we live, what we believe and they blame us for all of the problems in the Middle East. Oh, and then there’s their detest for Israel and all who support her.

There are past sins that the West should have made right in the Middle East, but that’s no excuse for this type of hatred and barbarism. But make no mistake, the followers of Islamism fully intend to make the West pay for their sins with violence and bloodshed. This isn’t hate speech. This isn’t exaggeration. I’m not an Islamaphobe. The actions and beliefs of the Islamic State and others who share their beliefs are well documented. These are dangerous, murderous people. Syed Rizwan Farook and Tashfeen Malik were Islamists and no one should try to protect them or what they did. 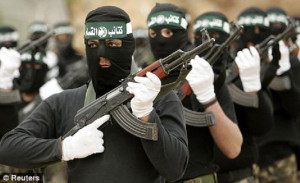 Please don’t misunderstand what I’m saying here. These are not the beliefs of Muslims. These are the beliefs of Islamists who refer to and adhere to Islamism, not Islam. These people are dangerous and will stop at nothing to inflict pain and suffering and you need  to expect to see it more and more. Charlie Hebdo, Fokotol, Maiduguri, Garland, Paris, San Bernardino – the list goes on.

I’ve shared this before and I’ll share it again, Confucious said, “the beginning of wisdom is to give things their proper names”. What Farook and Malik did last week was a terrorist attack based on their beliefs in Islamism. Call it was it is. Don’t apologize for it, don’t defend it. It’s real and it’s everywhere. Only working together, Christian, Muslim, Jew, Atheist, American, French, British, Israeli, men, women, black, white, left and right – we need to work together if we’re going to defeat it.