OK, so what are those “mechanical attachments” that are part of a gun? Well, let’s break it down into some basic pieces:

In 99.9% of all cases, all guns include the following parts: muzzle, breach, hammer and trigger. These components often determine how a firearm operates and how it is classified.

Muzzle: The Business End of a Gun

Muzzle = Front. Or, more specifically, the muzzle is the opening on the front of a firearm. This is where the projectile comes out of. Click on the examples below for more detail. 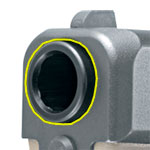 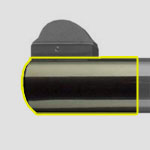 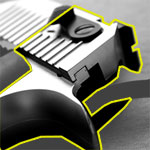 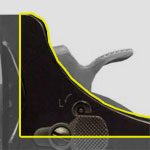 With some guns, the hammer doesn’t even contact the primer directly at all. In those cases, a firing pin is used. The firing pin is struck by the hammer driving it forward into the bullet’s primer to fire the round. 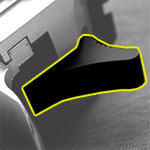 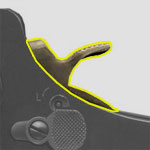 The trigger is the part of a firearm that files the round. On certain guns, like single action revolvers, the hammer has to be “cocked” – or pulled back into position – before the trigger can be pulled. In those cases, the pull of the trigger releases the hammer to fire the round. With most other guns, the trigger pull is considered double action in that pulling the trigger both cocks the hammer and releases it thereby firing the gun.. 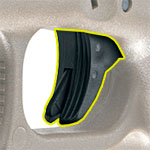