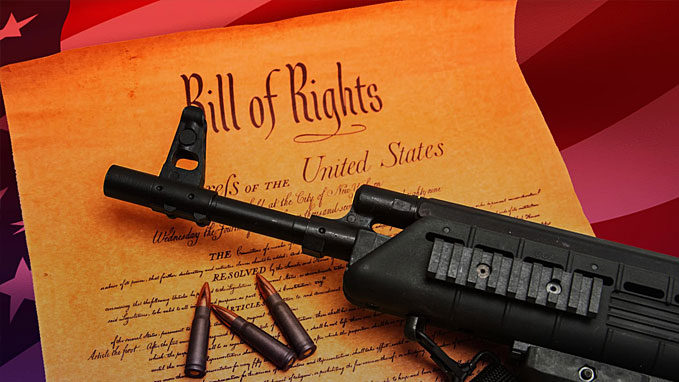 Here we are again. Another senseless tragedy involving firearms and a school. Another 17 people have had their lives cut short by a young person who decided other people needed to die because he was wronged in some way. Sadly, this is not an unfamiliar story. Mass murders at schools have become somewhat commonplace in the last few decades, at least that is the perception. If you ask someone about gun violence at schools, most will say it’s just a matter of “when” it will happen again, not “if”. As has become common after tragedies like this, people want to know why it happened and even more so, they want to know what are we going to do to stop such tragedies in the future. The one tangible solution the masses seem to be landing on once again is: gun control.

It really is quite sad and honestly really disturbing how quickly people politicize tragedies anymore. The body count hasn’t been totaled and yet politicians and celebrities take to social media to blame the NRA, law abiding gun owners, President Trump and anyone who has ever stood up for the Second Amendment. There are people right now reading this and grinding their teeth thinking, “you’re as much to blame as the rest of them!” That irrational line of thinking probably deserves an article all to itself so I’ll shy away from that today. Today I want to focus on one thing: you who claim that gun control is the answer to stopping mass shootings, what measures do you believe should be put in place that will prevent the next school shooting? 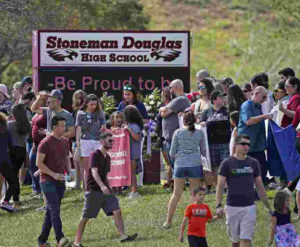 It’s an honest question, isn’t it? You want to change things don’t you? It’s the rally cry, right? “Take action now!” So tell me, what action would you have us, the government or the president take? Let’s be honest but also realistic. I don’t think you’re calling for all guns to be made illegal, are you? There have been some talking heads that have suggested that, but I don’t think anyone honestly believes that is reasonable or achievable. I’m not sure what the latest polls indicate, but I’m pretty sure the majority of citizens are not in favor of repealing the Second Amendment.

So, the question remains, what do you want to do about gun control? If not repeal the Second Amendment, what do you want to change? More specifically, because the tragedy in Florida is what is driving your cause now, what do you propose that will prevent the next tragedy? It’s not a rhetorical question. It’s a real question that I’m not hearing any answers to. We’ve got celebrities like Clooney and Oprah donating millions to stand up and take action. But what action specifically are you going to take? What are those millions of dollars going to be spent on?

The March for Our Lives movement has sprung out of the wake of the Florida tragedy. The movement is calling for more gun control and to force Congress to address the “gun issues.” Nowhere on their website do they define what these “gun issues” are, but they are all going to skip school and march on Washington this month to take a stand so that someone does something. They just haven’t suggested what that something is. Don’t get me wrong, I’m not knocking the kid who started the movement. He’s a passionate young man who has started a movement. I would just be more impressed if he had taken the time to first define the movement. There’s nothing wrong with calling for change but change without context or specifics lacks the very ability to bring about the change that is desired.

At the end of the day, what happened in Florida a couple of weeks ago was beyond tragic. It is really a sad thing that of all the pieces to that horrific puzzle the one being focused on so much is the part that had so little to do with what played out that day. Gun control as it has been proposed in the past would not have stopped what happened that day. Further, the lack of detailed gun control being cried for now suggests that there are less people that are being honest and really taking this issue seriously. If you really want to bring about change, let’s have a conversation. Shouting for gun control isn’t having a conversation. Blaming the NRA, isn’t having a conversation. Let’s talk about why mass murders are happening in this country. Let’s discuss reasonable steps to prevent them. Change starts with a conversation. It’s high time we had that conversation.