Finally Weighing in on the 2016 Presidential Election 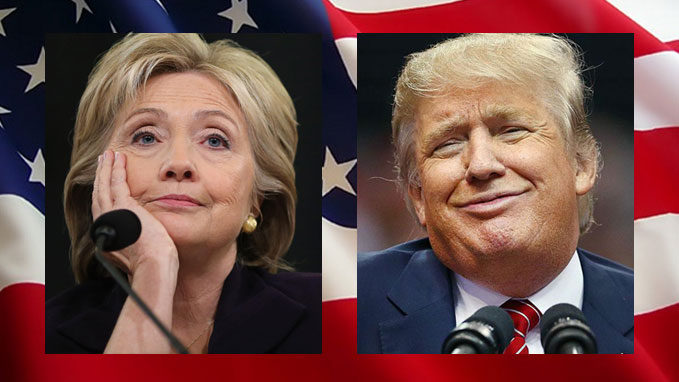 People have been asking us why we haven’t had any articles on the 2016 presidential election. Surely on a gun website, somebody would want to share their opinion on which presidential hopeful would be the best choice for president. Honestly, we’ve been laying low on this topic for two reasons – one, it seems fairly obvious who we would rather see win, and two, there seems to be enough opinions on this election out there does anyone really care what we think?

Some care, otherwise they wouldn’t have asked. But, let me say this first, this is MY opinion – I don’t speak for the website. That being said, I want to share my two cents on this election cycle: it’s not a circus, it’s a freakin’ tragic reality TV mess! I mean, seriously, out of 300 million people in this country these are the two options we have? Not to mention how we must look to every other country on the planet. This isn’t a presidential election, it’s a popularity contest. We’re forced to choose which one we hate less rather than which one will be better at the job. What kind of system is this? Certainly not what the Founding Fathers envisioned. Sad doesn’t even begin to describe it. This 2016 presidential election is tragic! 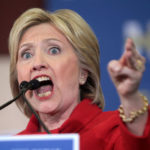 Now that I got that out of my system, let’s talk about the options we have to chose from. You have one candidate who most likely didn’t even win the vote but rigged it to get in – taking out competitors and detractors with bribes, extortion and flat out mafia-style executions. This candidate wants the federal governement to control every aspect of the American people’s lives. More taxes, more regulations and more people dependant on the state for survival. This Marxist wants a socialist state that takes away civil and human rights so the government can control the people. The rights we will lose first? The right to bear arms and the right to free speech and press. CONTROL is what this candidate wants. The scariest thing about this person I’m describing is that it can be attributed to two people: Hillary Clinton and, wait for it, Joseph Stalin. Don’t believe me, read the history books, friend. It’s frighteningly true. 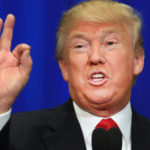 Then there’s other candidate in the 2016 presidential election. This one wants to isolate the country, build walls to keep out the riff raff, deport people who don’t fit in with American ideals and keep a close watch list on those in the country who already don’t quite “fit in”. This one picks a large minority group to blame most of the country’s ills on. He is promising national greatness and restoring the glories of the country’s past. People rally to his cause with zeal and pride shouting, chanting and cheering him on. This person of course, is Adolf Hitler. Got ya, didn’t I? 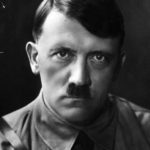 OK, I don’t really think Donal Trump will become Adolf Hitler, but you have to admit the similarities are a bit unnerviing. Hitler did rally people around their distrust and anger with the sitting politicians. He did promise to restore the country to a great nation. He blamed a minority, the Jews, for most of the nation’s ills and pledged to rebuild the military might that other nations once feared. Now, I don’t think Trump is a sociopath or that he has a god complex. To be fair, I don’t think Hitler had that second part until long after he was in power but I digress. Trump does, however, proclaim to use his power as president to push through agendas that Congress will hedge on. That can be a good thing but also scares the hell out of me. So, again, I don’t think Trump will become the second coming of Hitler, but the remote possibility is there in my humble opinion. 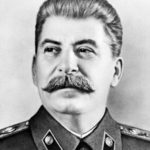 Now, with Hillary, things are a bit clearer. Crystal clear in fact. The honest truth is that I can envision a Soviet-style USA under Clinton. No doubt about that one. She calls herself an “early 20th century progressive”. What does that mean? Well, look at some early 20th century progressives to give you an idea. Theadore Roosevelt, Woodrow Wilson, Margaret Sanger and F.D.R. were all part of that collective. Each shared visions of a purer race of desirable citizens created through something called Eugenics (look it up, it’s scary) among other terrifying means. They all believed in BIG government and social classes most importantly with the wealthy calling the shots through power and influence of this big government. Hillary Clinton shares those beliefs and stands firmly on them. She talks around those policies when she’s pressed, but you can see it, hear it and read it in everything she’s done. She’s a power-mad socialist elite who doesn’t want to help the poor or middle class, she wants to control them. That, my friends, is precisely why I believe she cannot be the next president of the United States and why my vote in the 2016 presidential election will go to Donald Trump.

Look, Trump isn’t perfect. He’s far from it. He’s part gas-bag, part clown, part bully, part bulldog and yet, incredibly unknown. I don’t like the man. However, I think he is saying the right things:

Donald Trump has said the right things – albeit in some not so polished ways – for most of the race. Important point to note here, though: he SAYS the right things but will he DO the right things? I don’t know. Honestly I just don’t. I hope so. I believe he will try. But let’s be honest, Trump has changed his opinions on a lot of things compared to where he was in the past. For example:

However, he also is NOT a politician. He is a business man. He does know what the free market can do to the economy. He isn’t afrad to say and do what he wants to. Most importantly, he is NOT a socialist. 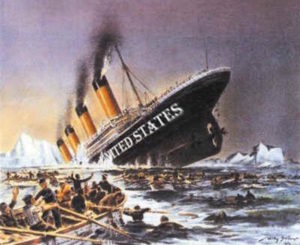 So, bottom line, both 2016 presidential election candidates scare the crap out of me. Neither are ideal. But, I know what Hillary brings is bad, bad and more bad so that sums up my decision.

My hope and prayer is that Donald wins and he starts to right this ship of freedom that is the United States of America. Because to be honest, USS America is and has been listing something terrible to the port side (the left) and if Trump doesn’t win, Hillary will capsize her. I’m not positive that Donald Trump will make America great again, but I do KNOW that Hillary Clinton will sink her.