The Truth About A High Capacity Magazine Ban 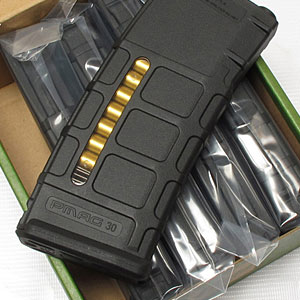 With the senate getting ready to vote on an assault weapons ban and a the so-called high capacity magazine ban, here’s some common sense about such a ban. First of all, when you propose something like a high capacity magazine ban, how does anyone think that is going to stop criminals – who break the law – from breaking the law by using a banned magazine? Seriously, the only people that would abide by such a ban is law-abiding citizens so how does that make any sense.

Secondly, let’s really look at how such a high capacity magazine ban would really impact gun violence. The claim by Senator Feinstein and her pals is that reduced capacity magazines will prevent crazy people from committing mass killings with a gun. Well, let’s look at that. Here’s a great video put together by Armalite and narrated by Sheriff Ken Campbell of Boone County, Ind. It provides excellent statistics on magazine capacities and how reducing the number of rounds a person can have in their firearm will likely decrease their chances of surviving an attack. Take a look at it here.

Mar 14, 2013S. Lawrence
Mr. Colion Noir: One of My New Favorite PeopleColion Noir: A Band-Aid on a Bullet Hole