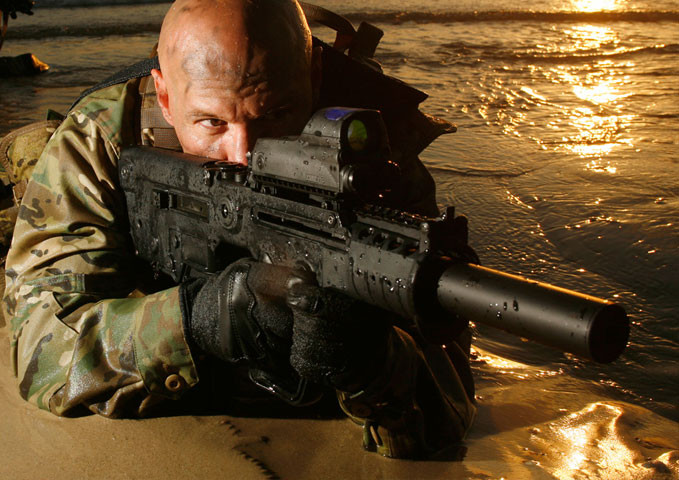 I’ve been trolling guns websites for any interesting information coming out of the annual SHOT Show being held in Las Vegas last week. I’ve seen a few interesting things that I will no doubt be writing about here. But the first one that really caught my eye and made me want to find out more about it is the new civilian version of Israeli Military’s bullpup assault rifle: the Tavor. You read that right, this gun comes from Israel – specifically IWI (Israel Weapon Industries). 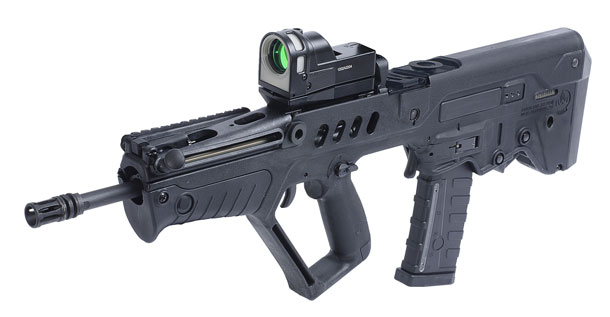 The Tavor (pronounced tuh-VAWR) Tactical Assault Rifle is based on the bullpup design assault rifles used by the Israeli Defense Forces (IDF) known by their military designation: TAR-21. The design for the Tavor began all the way back in 1991. At that time, the IDF and the Israel Military Industries (IMI) began working on designs to replace the M-16, CAR-15 and the IMI Galil. The requirements for this next-gen, 21st century assault rifle were as follows:

The TAR-21 was first publicly introduced in 1998 and was field tested by the IDF from 1999-2002. The Tavor TAR-21 is a gas operated, selective fire, magazine fed assault rifle. These are now the standard issue assault rifle for the IDF.

The civilian versions will be offered in some of the same configurations as their military counterparts but in semi-automatic firing mode only. There is the standard TAR or Tactical Assault Rifle configuration with an 18″ barrel and an integrated reflex sight directly attached to the barrel. The CTAR (Compact Tactical Assault Rifle) version has a slightly shorter, 15″ barrel, also with the integrated reflex site. This version has a total overall length of just over 25 inches compared to the 35-inch M4. There is also a Tavor Flattop with a picattiny rail above the barrel. The effective range for all of the Tavor variations is 300 meters.

The Tavor uses standard 30 round AR15 style magazines. So, if you already have magazines for your AR15, you don’t need to buy all new ones. However, unlike most rifles like this, IWI also mentions that they will offer either a 9mm version or a conversion kit for 9mm. I didn’t quite catch which it was from the videos below, but it was mentioned. Apparently, the folks at Future Weapons took the Tavor for a test ride:

The folks at Nutnfancy got a first hand look at Tavor at the SHOT Show as well. The rep from IWI is pretty intense. Check it out:

By the way, “tavor” in Aramaic means “misfortune”. I imagine that’s intended for the folks staring this bad boy down in the field.

Jan 25, 2013S. Lawrence
The Reality of an Assault Weapons BanMy Letter to Discovery on Why Sons of Guns Should Stay on the Air
Comments: 14