After the Orlando Tragedy – Now is the Time to Unite 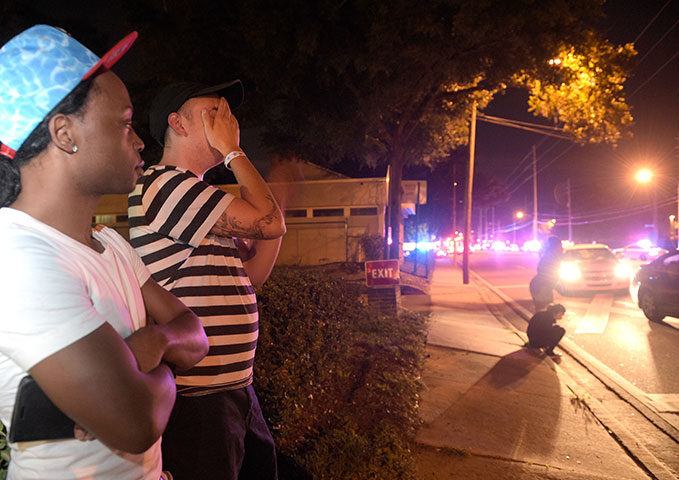 The tragic events that unfolded in an Orlando club early Sunday morning are nothing short of heart breaking. The people who died that night were most likely having a good time and enjoying life. Suddenly, before they probably even knew what was happening they were murdered by a hateful, violent and and twisted individual. For those people and their loved ones I pray and I mourn. The Orlando tragedy is just that – tragic.

It is a tragic event like this that should make everyone who enjoys freedom sick to their stomachs. The Orlando tragedy was a murderous and vicous act that is dispicable, senseless and has no place in a civilized society. In fact the only thing that makes my stomach turn more than a tragedy like that is reading and listening to people bicker and blame while the dead are still being counted.

We are Not Each Other’s Enemy

The enemy that caused this tragedy is evil, plain and simple. Evil looks to divide, to weaken and to terrorize. If we let it divide us then evil wins. There is so much that separates us in the world already, why divide more now when we need to be strongest? Now is NOT the time to stand toe to toe with our fingers waving at each other. Now is the time to stand side by side, arm in arm, united against hatred, murder and the evil that causes it.

The evil that killed those people in that club hated those people simply because they were gay. That same evil hates women who don’t submit to it. It hates people of faith for not bowing to it. It hates anyone who doesn’t subscribe to it – and all those that this evil hates, it also wishes to kill. That’s what this evil does. It kills. It cannot be reasoned with. It cannot be negotiated with. It cannot be ignored and it sure as hell isn’t going to go away. This evil is strong, it is growing and it is real. Grandstanding won’t stop it. Pandering to it won’t stop it. Pretending its not evil won’t stop it. It can only be stopped if it is destroyed. 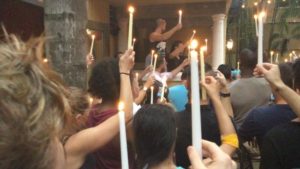 Why then – when all of us that this evil hates share a common, lethal enemy – will we divide against each other? What is more important than stopping the kind of hatred, ignorance and pure evil that KILLS INNOCENT PEOPLE? It is times like these that all of us – gay or straight, man or woman, God-fearing or godless, poor or rich, white, brown, yellow or red – WE need to stand together. Together against hatred. Together against violence Together against evil. Now is the time to bind together despite our differences because only together can we fight this evil that has one single purpose: to kill all that would stand against it.

So please, for the sake of humanity and all that is good, stop screaming about gun control. Stop shouting about political correctness. Stop blaming, stop politicizing and stop grandstanding! Please, one by one, hand in hand – let us start doing what this evil can not do: Love. Unite. Stand. Fight. Together. #OrlandoStrong #AmericaStrong #HumanityStrong.