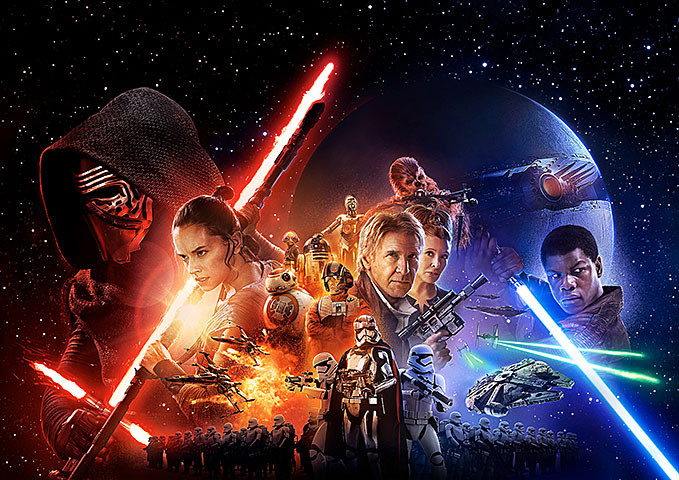 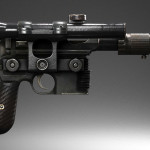 With all the hype surounding the latest Star Wars film, The Force Awakens, I thought I’d post this article to connect my love of the storied film franchise with my love of firearms. Although I was a young boy when Star Wars debuted in 1977, I was a quick and rabid fan. There are so many theories about why Star Wars has become the phenomenom it has, but I know for a lot of people the weapons of Star Wars are part of it’s allure. From Han Solo’s DL-44 blaster to lightsabers and even the Stormtroopers’ E-11 rifle blasters are all iconic weapons from the Star Wars universe.

The funny thing is, most of the weapons from the early Star Wars films didn’t come strictly from the imagination of George Lucas but rather convenient modifications of existing items made to look like science fiction weapons. For example, the lightsaber famously given to Luke Skywalker in A New Hope was actually a flash bulb handle for a camera. Similarly, both Han Solo’s iconic DL-44 blaster and the stormtroopers E-11 blasters were derived from real firearms. The E-11 was a modified British Sterling L2A3 MK4 rifle. Solo’s wooden handled DL-44 blaster was a modified Mauser C96 with a rifle scope and a machine gun flash hider added to enhance it’s sci-fi appeal. Indeed, many of the weapons from “a galaxy far, far away” had real origins from right here on planet Earth.

Below is a great video from Jerry Miculek showing his custom built DL-44 blaster that actually fires real bullets! Enjoy!