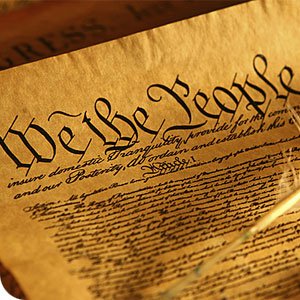 For any firearms enthusiast, the 2nd Amendment is very precious to us. Not that it’s more important than any other Amendment to the Constitution, but it’s one of the most debated in recent memory. There are a number of articles on this site that cover the 2nd Amendment and we’re always looking for comments and insights from our readers. I often have conversations on the topic with friends and family. I come from a big family and extended family – 15 nieces and nephews, dozens of cousins and second cousins – so there’s a lot of opinions. One of my young relatives, 14 year-old Zack recently shared a paper he had to write for school. The assignment was to write an “argumentative essay” on a often debated topic. When I read his essay I was proud of him – for both his stand and his writing skills. I asked him if he would mind if I shared it on this website and he was happy to oblige. So, here is his perspective on the 2nd Amendment:

I think that the 2nd Amendment should not be banned, because guns save lives everyday, it is our constitutional right to own guns and if guns were not only legalized but encouraged America would be a safer place.

Civilians that own guns and guns in general save lives everyday. Guns are used 2.5 million times a year for self defense, Law abiding citizens use guns to defend themselves 2.5 million times every year.(Page 1 Fact Sheet: Guns Save Lives) If you ban guns what good will that do? It will just get those 2.5 million people every year either hurt or killed, because they don’t have a good thing to protect themselves with. Think about that.

The Constitution has been around for hundreds of years and so many things have been changed but one of the things that has been around since it was first created was the 2nd Amendment: The right to bear arms. The Second Amendment protects an individual right that existed before the creation of any government. The Declaration of Independence made clear that all human beings are endowed with certain unalienable rights, and that governments are created to protect those rights.(The Six Things Americans Should Know about the Second Amendment by Richard W. Stevens) So this means that we have a right to own guns why should it change now? obviously they put it in their for a reason and it should be kept there.

So in conclusion i strongly believe that the Second Amendment should not be banned because, guns save lives everyday, if we not only legalize but encourage guns, America would be a safer place. and it is our constitutional right to bear arms.