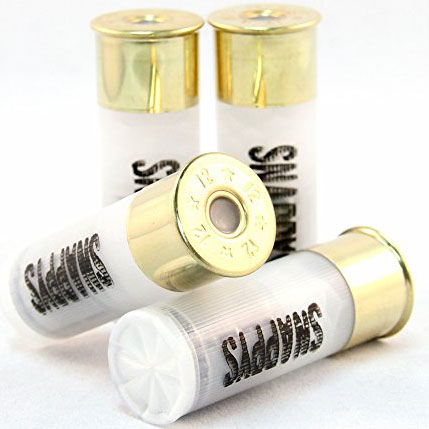 Most gun owners will tell you that getting a feel for the trigger pull on your firearms is very important. If you ever need to use your gun in an emergency situation, you don’t want that to be the first opportunity to get familiar with how much effort it will take to pull the trigger. Cycling rounds through your firearm should be instinctive and you should be able rely more on muscle memory than luck when you need it.

The best way to know your weapon is to fire it. However, for most people, daily or even weekly or monthly trips to the range aren’t exactly the norm. So, how else do you get the opportunity to pull the trigger without going to the range? Well, some will suggest dry firing your weapon (pulling the trigger with an empty chamber), but most experts agree that this isn’t healthy for your gun. Dry firing can damage your firing pin so it isn’t recommended especially for rim-fire guns. The next best thing is dummy ammo. 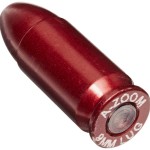 Dummy ammo is a piece manufactured to look and feel like a live bullet cartridge but doesn’t have a firing pin or powder. There are various manufacturers of dummy ammo or “snap caps” as some have been called. And there is a wide range of quality and manufacturing standards applied to these different brands. I had purchased some less than desirable snap caps from Amazon manufactured by A-Zoom for both .22LR and 9mm. The 9mm aren’t too bad. Where the firing pin would be is a clear plastic disc instead. This seems to accept the firing pin without trouble however it is clearly damaged after a few times through. I’m not sure that the plastic will hold up over a long period. 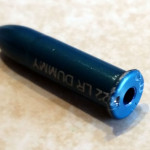 The .22LR were definitly not well designed. Being a rim-fired round and made of aluminum, these snap cap rounds showed obvious damage after just one use. The aluminum rims pinched where the firing pin struck it. Probably not a problem for the firing pin as this is similar to how a brass rimmed live round would react. However, the cartridge is now disformed and even after a single use, the rounds start to jam when cycling through the gun. So in my opinion, the A-Zoom .22LR snap caps are a “one and done” dummy round. Don’t waste your money. 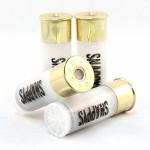 Thankfully, I found Snappy’s 12-Gauge snap caps, also at Amazon, and they are a large step above my previous snap cap experience. These dummy rounds are manufactured almost exactly like conventional live rounds. The main cartridge is made of plastic and filled with shot and plastic wadding. This is affixed to brass endcap that you would see on a standard 12ga round. This time, the primer is replaced with a rubber replica. This is a vast improvement over the A-Zoom models in that the rubber is durable and bounces back after firing. This puts minimal wear and tear on the firing pin and the dummy rounds eject like a typical spent cartridge unscathed and in perfect shape to go through the cycle again and again.

With the weight and feel of live rounds, these snap caps from Snappy’s are a fantastic tool for dry firing your weapon. For my Savage Arms pump action 12-gauge, these are perfect for cycling an entire tube of dummy rounds, then reloading and cycling them all over again. These are ideal for getting familiar with my primary home defense weapon so that if I ever need to use it, everything from loading to pumping to pulling the trigger will hopefully feel as natural as possible.

So, if you’re looking for an alternative to dry firing your weapons, I recommend (at least for 12-gauge), Snappy’s snap caps.