Another Look at Kate’s Law 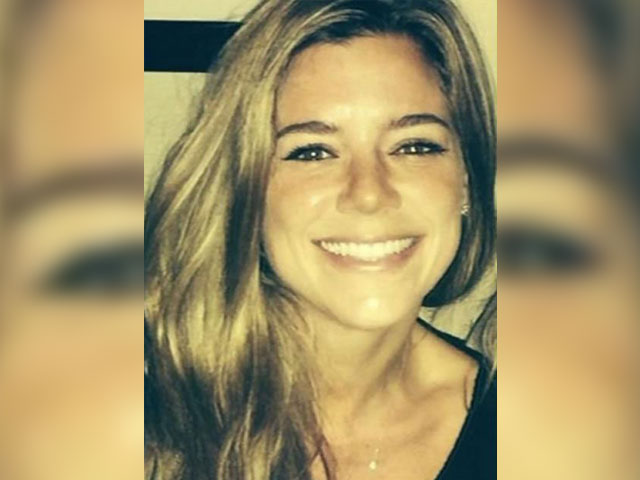 I read an article the other day about Kate’s Law that took me by surprise a little. If you’re not familiar with it, Kate’s Law is a bill sponsored by Ted Cruz and other Republican legislators who presumably crafted the bill in response to the horrific murder of Kate Steinle. The article, written by Hollywood actor Dax Shepard, caused me to pause and consider a perspective on Kate’s Law that I had not thought of before. This article is a response to Dax’s piece.

I want to preface this article with a few notes. First, I don’t know Dax Shepard personally. Second, this article is not a rebuttal but rather a response to a well-written, well thought out opinion by a self-professed “libtard” (those are his words). Third, I hope Dax (should he even find time to read this) and others will view this article as I do: an honest and frank discussion between individuals who are diametrically opposite in probably 90% of our views, however, we can still have a conversation. Too often I think we don’t talk “across the aisle” but rather just shout at each other. If this country is ever going to heal and move forward we need to stop shouting and start listening and conversing more. Now, I’ll proceed. 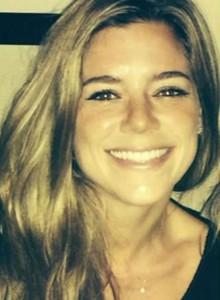 In July, 32-year-old Kate Steinle was murdered in San Fransisco. The man charged with her murder, Francisco Sanchez, is a convicted felon and is a Mexican national who was in the United States illegally. Sanchez was reportedly deported five times prior to entering the U.S. again whereby he committed this crime. The murder of Kate Steinle is senseless and tragic. How it is possible for a convicted felon and alien to walk the streets of San Fransisco is a complete mystery to me. That he murdered an innocent woman for apparently no reason is even more unfathomable.

As a conservative, I found myself fully supporting Kate’s Law the minute it was introduced. I mean, doesn’t it make sense to ensure that a crime like this doesn’t happen again? Of course it does. According to the Petition to Congress website, Kate’s Law will require “a 5 year prison term on those who return to the US after being deported.” Yes! Lock ’em up! Wait, what?

Here’s where I personally went wrong and I thank Dax Shepard for allowing me to see that. Why on God’s green earth would the United States of America want to put someone from another country into our criminal justice system? Honestly, how is that a good idea? I welcome intelligent answers to that question, but honestly, I don’t see any. After understanding what the bill would do, I can’t bring myself to support it. Of course I don’t want another illegal alien to murder an innocent American. But to be honest, as it is stated, I don’t believe Kate’s Law will ensure anyone’s safety.

Now, I ask my fellow conservatives, Republicans, right-wingers, what-have-you to stop and think about something before putting me in your crosshairs. Think about this for a second, please. What do we Second Amendment supporters do every time lawmakers have a knee-jerk reaction to a mass murder committed with a firearm? We scream at them and tell them this new law, bill, proposal, whatever is exactly that: a knee jerk reaction to a tragedy that will not do anything to stop determined criminals from committing another senseless crime. Is that not what this bill really is? 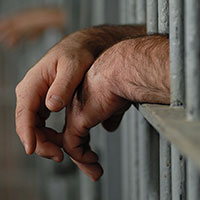 I know that last paragraph might have lost Dax and his Twitter followers. But please stay with me. Kate’s Law was introduced less than three weeks after her murder. That’s pretty fast. Especially for anyone in D.C., even Ted Cruz. Also, read it again and tell me exactly how this will stop another senseless crime? At best, putting a person in prison for five years only delays a potential tragedy – it doesn’t prevent one. Lastly, read the statistics that Dax pieced together on the over-crowded prison system in America. The system is broken and adding a new law that will throw more people in prison doesn’t help anyone.

Shockingly, I’m agreeing with a liberal on something. Actually, I agree with him on more than one thing. I admittedly know very little about Dax Shepard other than he had the fortune of getting the lovely Kristen Bell to fall in love with him. I’ve seen maybe two of his movies. From his commercials with his wife a Christmas or two ago, I get the impression he’s a bit of a clown with a big heart. But, his article told me a bit more about him and what he believes in.

He started off by criticizing Ted Cruz and his fellow Kate’s Law drafters as going against their core values of conservatism. How, as Dax put it, “can their platform be fiscal conservatism when this [bill] is so blatantly wasteful?” First of all, I agree, this bill does appear to be wasteful. Second, again as Dax accurately put it, when someone who claims to be conservative crafts a bill that will cost tax payers money it is “perplexing and inconsistent”. That second word is what struck me most: inconsistent. Whether you’re on the left or the right, liberal or conservative – no matter what your core beliefs are – your sincerity and your credibility is measured in your consistency.

That topic probably warrants an article all to itself. However, I want to hammer it home a little here because that was one of the overarching points I walked away from after reading Mr. Shepard’s article. He shared that his wife disagrees with him on most things but that she was consistent in what she believed. He admitted that he likes “people who have a different, or even opposite point of view” than his own. He said of his wife, that because she is consistent in her views that he could at least understand her argument when they disagreed because he knew where her perspective comes from. He explained, “I would have a hard time understanding where she’s coming from if her place of origin was fluid.”

Honestly, I couldn’t agree with that sentiment more. In fact, we’ve written about such inconsistencies on this site more than once. Whoever you are, whatever you believe in, if you are not consistent in representing those beliefs why should anyone listen to you? It was Jesus himself who spoke of building a foundation on solid rock as opposed to sand in illustrating just how dangerous it is if your core is anything but solid. That holds true for everyone. If what you say and do comes from no solid foundational value system, where do your beliefs come from and what weight should they hold?

I, like Dax, do like people who have opinions that differ from my own. I think if we surround ourselves with only people who think like we do then we don’t challenge ourselves enough. I encourage people to engage with those who differ in opinion I only ask that you do so constructively. It serves no benefit to make assumptions, accusation or hurl insults. It could be said, however, that much can be gained when we work together despite our differences. 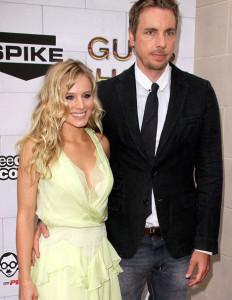 There is one last part of Dax’s article that I would like to point out. When mentioning that his wife, Kristen, disagrees with him so often, he went on to say that this disagreement allowed him to enjoy the “challenge of seeing things through her eyes.” Now, you probably wouldn’t expect praise for sentiment on a website about guns, but here it is anyway: Dax that is a really freaking powerful statement! Seeing someone else’s perspective on an issue is exactly what we’re mostly not doing lately. Whether it’s civil rights, gun rights or any other right – politicians, celebrities and everyone else not only has an opinion but feels the need to shout that opinion so deafeningly that we don’t stop to hear what the other side is saying – let alone consider it.

We have a right in this country to share our opinions. I think the left and right – Dax and I – will agree that is an amazingly wonderful right. With that right comes a challenge: will we only speak or will we also listen? I did listen. Well, I read it anyway. I read an article that challenged my perspective written by I guy I’m sure I disagree a lot with. But you know what? I’m glad I did. I’m sure Dax, Kristen, my wife and I aren’t about to have a picnic and shoot clays together now (although consider yourselves invited) – and that’s OK. We can still talk (or write) and listen (or read). If we do more of the latter today, maybe we’ll be that much closer to seeing through each other’s eyes tomorrow.

6 years ago 1 Comment Blog, Entertainment, In the News, Random, Rantscrime, Hollywood, in the news, media, tragedy991