Laws to Reduce Magazine Capacity Limits are Lunacy: As Demonstrated by the Unlikeliest of Stories 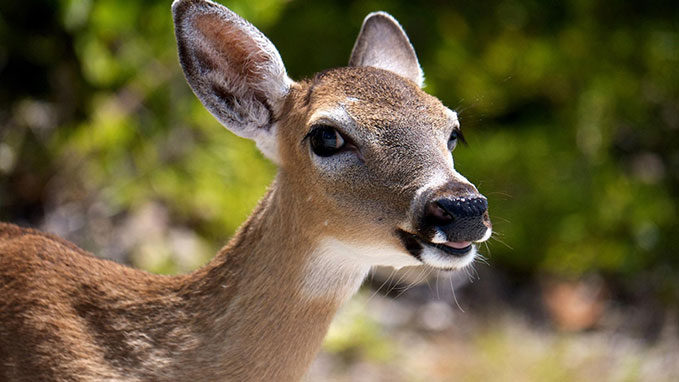 It was a Wednesday night, almost midnight. My wife had gone off to bed and I sat on the couch watching an episode of Chuck on Netflix. It was an average night, for what was shaping up to be anything but an average week. So when I noticed the familiar red and blue flashing lights of a police cruiser through the window shades, I wasn’t immediately concerned. Living on a county road, traffic is common and seeing emergency vehicle lighting isn’t too unusual. However, in this instance, the lights were approaching and slowing down, and then eventually stopping – what appeared to be – in my driveway. I live in a very rural part of my state. In fact across the street from me is an empty field – there’s not a house for a hundred yards or so in either direction on that side of the road. So, if a cop is stopping in front of my house in order to visit someone, it’s either me or my neighbor next door. 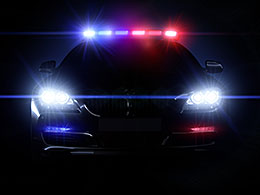 I wondered for a moment if Big Brother finally got tired of my political belly-aching blog and so I paused, but there was no knock on the door. So, I got up, put on some shoes and a coat, grabbed a flashlight and opened the front door. I stepped out and saw a state trooper standing beside his cruiser with his pistol drawn. He wasn’t facing or walking towards me or my neighbor, however, he was facing to my left – to the stretch of road in front of his car. This is now anything but a common sight for me, so all kinds of ideas flew through my mind for the milliseconds it took me to see what was on the road in the cruiser’s headlights: a wounded deer. I didn’t recall hearing screeching tires or a thud for that matter, so I’m not sure when or where the deer was struck, but she was clearly lame and unable to get up. So, the cop did what any humane person would, he pulled his sidearm intending to put the poor thing out of her misery. Here is where the story gets interesting – and the lesson I wish to share begins to take shape. I watched – I’m not sure whether out of some odd macabre curiosity or just an inability to walk away at this point – as the officer fired, point-blank at the doe’s head – once, twice, then a third time before she dropped.

I stood there speechless. I’ve not seen many living things die. So, I think that was the first bit of shock that I felt. After a moment, I called out to the officer to see if I could help him drag the carcass off of the road. He replied, “No, thanks. I’ll call the county and they’ll pick her up in the morning.” I took his words as truth all the while knowing that in our county, they don’t remove animal carcasses from the road. It’s rural enough here that we let nature takes it’s course. As long as they’re no longer a road hazard, they’re carrion – and a treat to turkey vultures and any other scavenger that comes along. In any case, I turned and headed back inside, but just as I closed the door behind me, two more blasts rang out in the night air. I quickly hopped back outside to try to make sense of the additional shots when I saw the officer standing over the deer pointing his weapon at her. “He had to shoot it again?” I asked myself. After a few seconds, he then holstered his weapon, kicked at the corpse to make sure she was dead this time and then grabbed her hind legs and dragged her onto the shoulder of the road.

I walked back inside a little dazed by what I had just witnessed. By the time I closed and locked the door, my wife had come downstairs – awoken by the gunshots. I explained to her what had happened and assured her everything was fine and so she went back to bed. I rejoined Chuck on the couch and my evening proceeded and ended as usual. So, what’s the point of this (now, rather long) story? The point came in the revelation that hit me the next morning as I replayed the incident in my mind. You see, in my state, we are subject to magazine capacity limits for handguns restricting us to just ten rounds. Yes, I’m in one of those few lucky states. Now, I am pretty sure the officer had a standard issue Glock19 with a standard 15-round magazine. So, even if the deer possessed some other-worldly powers and the five rounds weren’t enough to bring her down and he needed to fire a few more times, I’m fairly certain his initial magazine would have had enough to handle the situation. But, it caused me to ponder, “If it took five nine-millimeter rounds at point-blank range to put down a doe weighing – at best – 150 pounds, imagine if the officer was facing a 200-pound methed-up lunatic?” Better yet, “what if it was ME facing off against a 200-pound methed-up lunatic?”

That is the question that law-abiding gun owners ask politicians who go around spewing things like “ten rounds is more than enough” and “who needs 30-round, high capacity clips?” when they try to justify their belief in magazine capacity limits. They try to convince us that the average citizens don’t need “excess” ammunition to protect themselves. Therefore, when they come up with ridiculous legislation to institute magazine capacity limits of 10 rounds for handguns or 15 rounds for rifles they make themselves believe that they are preventing the next tragedy. Here’s some news for you: you’re not! 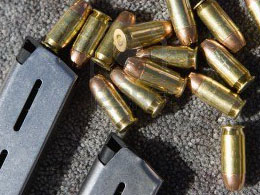 Let’s go back to my story. It took a police officer – trained to hit what he’s aiming at – FIVE shots to bring down a female deer! All five rounds hit their mark. The first THREE went into the animal’s head and it still didn’t die. If I am in my home, and an evil person breaks in and wants to do me harm, if I only have 10 rounds to stop him, after witnessing that deer incident, I’m sorry but I don’t feel all that confident that I’m going to be walking away from that unscathed.

Some may think I’m just being paranoid or unreasonable. But am I? A detailed report by the NY Times who studied 11 years of NYPD shooting incidents found that officers hit their intended targets 34% of the time. Think about that for a second. These are individuals who get more range time than probably 99% of gun owners and when their lives depended on it, they could only hit the bad guy 3 out of 10 times.

So let’s play devil’s advocate and take that same state trooper and put him up against a would-be criminal. He’s got a 15-round magazine because – unlike me – he is not subjected to the state’s mandated magazine capacity limits. So, if he empties his magazine at the bad guy, statistically he should hit him five times. Coincidentally, that’s the same number of shots it took him to put down the deer. Are those five rounds guaranteed to bring down that bad guy? No. That’s exactly why most police officers have extra magazines and at least one back up firearm when on duty. The average civilian, when attacked in his or her home, does not have that added security. In fact, we are a lot LESS safe than those officers. 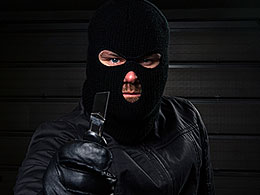 To illustrate that point, let’s put me in that situation. A bad guy gets in my house. Now, assuming I can get to my gun before he gets to me or my wife, I’ve got the same Glock19 but remember I only have ten rounds because I AM subject to the laws on magazine capacity limits. With those ten shots, if – and that is a big “if” – I am as accurate as an NYPD officer, I’ll get three rounds in the bad guy. THREE at best, Unless I’ve got my second magazine handy and can reload fast enough, I’m not sure that my wife and I are going to win this one. Now, just imagine if there were two bad guys.

Get the point? Now, some will argue that if enforcing gun magazine capacity limits can “save just one life” then it is worth it. But seriously, does that argument make any sense at all? Which “one life” is going to be saved when law-abiding gun owners submit to unrealistic limitations on the firearms that they depend on to protect themselves and the ones they love? Whose lives are going to be spared? Not the innocent, I can tell you that. Not my life or my wife’s. If I’m limited on how many rounds I can carry in my firearm then I am the one at risk. 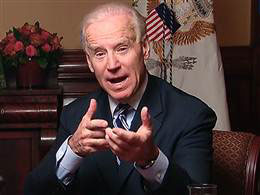 Now if you’re thinking of going all Joe Biden on me and tell me that I should have just grabbed a shotgun then you’re missing the point. Legislators – just like the rest of us – have no idea what a person will need in a life-or-death situation. So please, legislators, senators, assemblymen, representatives: stop trying to tell us that you know what is best for us. The wording of the Second Amendment was chosen purposefully: “the right of the people to keep and bear Arms, shall not be infringed”. Enforcing laws that reduce magazine capacity limits IS an infringement on our Constitutional rights. Furthermore, such limits WILL NOT stop evil people from breaking the law and hurting people. Criminals are not subjected to your arbitrary and pointless restrictions on firearms because criminals – by their very definition – intend to break any and all laws that would keep them from doing the evil they wish to carry out. Therefore, when you ignore this nation’s Constitution by introducing legislation that infringes upon her citizens’ rights you are not protecting the innocent – you are only put more innocent lives in danger.

This afternoon I drove by what was left of that deer the officer put down the other night. I thought again about how crazy it was that it took five rounds to kill her. How even crazier it is that anyone would believe limiting the amount of ammo I can carry in my gun is a positive thing. Then, as I looked out my window, yet one more thing struck me as I saw what was once a beautiful animal that is now a shredded mess along the roadside: the more politicians infringe upon and violate our rights, the more that beautiful document outlining our freedoms begins to resemble that same shredded mess along the roadside.