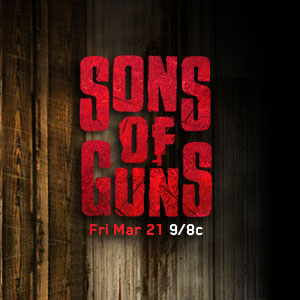 As far back as last June, there were reports that Sons of Guns would be back for a fifth season. This was not long after season four ended but admittedly, I wasn’t exactly doing cartwheels in excitement over this news. If any of you read some of my early articles about Discovery’s hit show, you’d probably be surprised to hear me say that. But, if that’s the case, then you must have missed what I expected to be my last post on the subject. The last time I wrote about the show in November, I pointed out how disappointed I was in season four and how much the show changed. If you take a few minutes to read through the various comments on that article, you’ll see that there are at least some who share my opinion. Surprisingly (or maybe not), even one of the show’s stars posted a comment in agreement with my feelings about season 4. This website is not the only place where people have voiced such opinions. Dislike of season 4 was pretty common and shared around the internet. But, honestly, will any of that negative feedback affect what we see in Sons of Guns Season 5?

For those of you not “in the know”, Sons of Guns started out as a simple show about a gunsmith and his small shop in Louisiana where they do some pretty interesting modifications and special builds for a variety of firearms. For the first three seasons, they have taken on projects ranging from silencing a shotgun and restoring a WWII flamethrower to mounting a shotgun to an ATV for a wounded vet and restoring a WWII AA gun. For most of the first three seasons the show would focus on one or two projects per episode. Sure there was some drama over deadlines and some personality conflicts, but overall the show focused on the gun builds – the aspect of the show that I believed it was all about and had me most interested.

When season four came along, the show seemed to take a left turn somewhere and it was as if the powers-that-be wanted this to be a firearms version of Big Brother or something. Suddenly it was nothing but personality conflicts, financial drama, conflicts with former employees and any other mess that had nothing to do with gun builds. I was very curious about the sudden change in focus on the show so I did do a little digging. According to IMDB, I don’t see a single common name on the producer list from season one to season four. So, maybe that is the simple explanation: the new producers wanted the show to take a different direction. If that’s the case, then well done new producers, you just took that show off my watch list. IMDB doesn’t list the producers for this new season, so I don’t know what to expect, but it’s safe to say that I have very limited expectations for Sons of Guns Season 5.

I just today decided to watch the preview for season 5. Honestly, my expectations are no higher or lower after seeing that. There still seems to be a focus on drama and disagreements. The preview only teased with some shots of the builds but seemed more focused on drama between Will and Joe. That doesn’t exactly make me eager to jump into the new season. 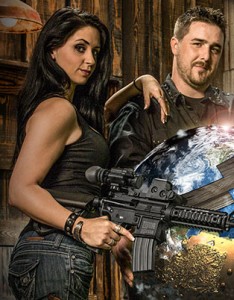 Now look, I know every workplace has it’s drama. There are deadlines, there are supply shortages, poor decision-making and many other aspects that make work challenging. But, I, for one, don’t find watching the unpleasantness of other people’s workdays to be entertaining. There are plenty of other shows that have that, I can watch them if I want that. But, I want to watch a show about a family-run gun shop that build cool guns. Call me crazy, but I’m pretty sure most of the audience that made Sons of Guns a hit when it debuted in 2011 were into it for the same reason.

I also know that there are fans of the show – or just people who watched it – who have very strong opinions about who the “good” and “bad” guys are on the show. To that point: I don’t want ANY “bad” guys on the show! Let’s just watch them build cool guns! I don’t care if you think Will is a jerk (or worse) or if you think Vince is a victim or not. I’ve said my peace about those subjects and, frankly, that is exactly the drama and discussions I don’t want to have about the show. Let’s talk about how cool a build is, how impossible it was to create or how unbelievable it is that they would take on such a crazy project. For me, and I think most fans, Sons of Guns – for three seasons – was about building, customizing and restoring firearms. Let’s get back to that, please. If Sons of Guns Season 5 focuses primarily on anything other than firearms builds, I won’t be watching past tomorrow’s season premiere. But, like I approach most things, I’ll think optimistically and hope. Then maybe I’ll be updating this post in a couple of weeks – or better – writing a new article about how Sons of Guns Season 5 restored my confidence. Until then, let’s watch and see.

Well, after viewing the premiere, I’m sad to say there was much more drama than I would have prefererd. The bickering between Will and Vince was annoying and, honestly, felt very forced – or overdone anyway. That being said, I felt the amount of time the drama was focused on versus the screen time for the builds was definitely in favor of the builds. I was also happy to see Flem stop by and that there seemed to be good relationships still there. But, all the negativity is tragically making the show less fun to watch. I’ll give it a couple more episodes, but they may have lost this (one-time) loyal follower and fan.

Mar 19, 2014S. Lawrence
Laws to Reduce Magazine Capacity Limits are Lunacy: As Demonstrated by the Unlikeliest of StoriesExperiencing World War II - From Someone Who Lived It
Comments: 8