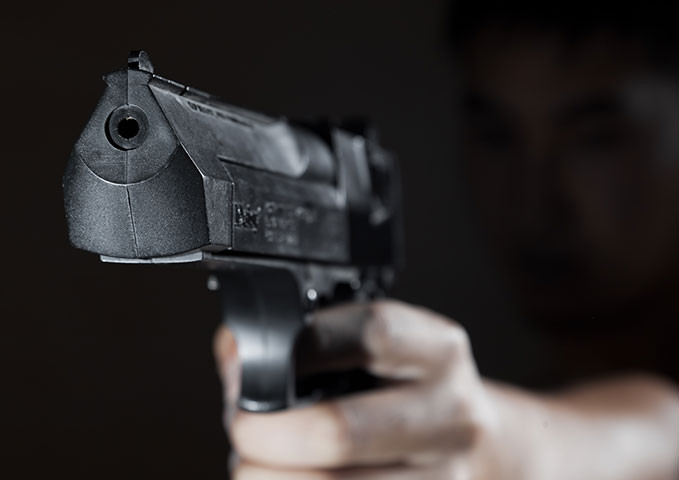 I’ve decided to create a new category of blog post here at Guns & Ammo Info: Guns Save Lives. I’ve decided that because the mainstream media would prefer to control the narrative on gun rights focused on their mantra of “guns are evil”, I would focus on telling the stories that they won’t. Everyday in America guns save lives, they save families, they stop crimes and help bring criminals to justice. Well, the guns themselves don’t, but law-abiding gun owners use their Second Amendment rights to stop evil-doers. But you won’t read those stories on CNN, MSNBC or anywhere else. They’d rather you not know about them.

By setting up some handy news alerts, I can get daily feeds of the positive gun stories that you might not see anywhere else. And, it will be my effort to post one such story here as often as possible, to help dispel the myths that the liberal media want us to believe. I think all of us who want to protect our rights are each trying to do his or her part in this battle. I guess this is one of the ways I’ll pitch in. So, check back often to read more stories of how people like you and me are able to use our guns to save lives. Here’s the first:

Munising, MI – Two individuals who attempted to rob the Oasis Gas Station in Shingleton early Sunday morning are behind bars.

Troopers from the Michigan State Police Munising Detachment responded to the Oasis Gas Station in Shingleton for a breaking and entering in progress at 4:10 a.m. on Sunday.

Unknown to the burglars, the gas station owner, Shawn Schank, was in the building at the time of the attempted burglary.

Schank, a veteran of the Iraq war, found the masked suspects behind the cashier’s counter at his register.

He ran toward the suspects and kicked one of them, causing him to fall to the floor. Schank then retrieved an AR-15 assault rifle from his office and ordered the masked men to leave his business, police said.

During the altercation, one of the suspects peeled his mask off and pleaded with Schank not shoot him.

The suspects then fled on foot away from the Oasis Gas Station and Schank called 911 to report the incident.

When one of the suspects removed his mask and exposed his face, Schank recognized the burglar and was able to provide the suspect’s identity to police.

A 17-year-old Shingleton resident and an 18-year-old Munising resident were both arrested for breaking and entering and lodged at the Alger County Jail.

May 6, 2013S. Lawrence
Sons of Guns is Back - Thank You DiscoveryHomeowner with Gun Detains Parolee during Residential Burglary
Comments: 7