Gun Range Tragedy in Arizona Isn’t About Politics or Blame 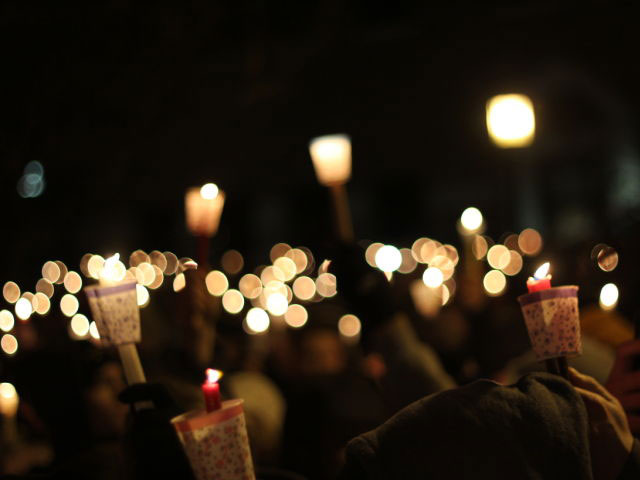 Last week, a story hit the news about a 9-year-old girl who accidentally shot and killed the firearms instructor who was trying to teach her how to fire an Uzi. The Arizona gun range instructor, Charles Vacca, 39, of Lake Havasu City died of a gunshot wound to the head after the girl lost control of the submachine gun. It was a tragic accident and a terrible loss of life. There’s a family that’s lost a loved one and a 9-year-old girl who has to live with the memory of that terrible accident for the rest of her life. In my opinion – other than learning a lesson to prevent such tragedies in the future – that should be the end of this story.

However, since the incident, it seems everyone wants to use this tragedy as an opportunity to (a) once again raise the issue of gun control, (b) demonize firearms, or (c) cast blame on someone for this disaster. First of all, remember, this is a horrible accident involving an experienced range instructor and an innocent 9-year-old girl. For anyone to use such a terrible incident to push a political agenda is sickening.

The other side of this is the blame game. I’ve read it everywhere:

Look, I’m not going to suggest that this tragedy was unavoidable. It was completely avoidable. I think some more caution should have been used all around. But this article from an author at The Blaze couldn’t be more off-base and unnecessary. In the article, author Amy Barath throws all of the blame of this tragedy on the 9-year-old girl’s “asinine parents”. She actually goes so far as to suggest that the little girl didn’t really want to fire the Uzi but someone else put that idea in her head. She actually writes “I’m certain of it. Perhaps Daddy?”. What kind of journalism is this? I know plenty of kids who would love to fire an automatic weapon. I wanted to fire one when I was a kid. Why would someone suggest that this little girl’s father talked her into it?

Ms. Barath begins her “opinion column” by comparing a child’s desire to fire an automatic weapon with the desire to own a Siberian tiger. She suggests that parents just don’t know how to say “no” to their children and that even smart people become dumb when it comes to parenting. I’m sure there are a lot of children that see a tiger or bear at the zoo and say, “mommy, I want one.” But how many parents would actually think that it’s OK to let a wild animal loose in their home? Not many, I believe. But there’s a huge difference between wanting to live with a wild animal and wanting to fire an automatic weapon. For one, a wild animal has a mind of its own, a firearm is an inanimate object that can’t do anything without someone’s help.

After that completely inaccurate comparison, the author goes on about how inappropriately dressed the young girl was: “Little pink shorts, a tiny t-shirt and sneakers. This is not how one dresses to go to the firing range.” Ms. Barath claims to be a former New York State Trooper so she must have some experience with gun ranges. Apparently, however, she does not have any experience with 9-year-old girls. What else does a tiny 9-year-old girl wear on a summer day other than a tiny t-shirt and shorts? And why exactly would sneakers be innapropriate at the gun range? What, Ms. Barath, would you consider appropriate footwear for a gun range: high heels? sandals? cowboy boots? And how in the world is any of that relevant to the discussion of this particular accident?

The article continues by suggesting that these parents (and most) think that firing an automatic weapon is the same as shooting a water pistol at an amusement park. I’d like to know where she got that information. Ms. Barath doesn’t claim to have interviewed anyone before writing her opinion column nor does she cite any poll data indicating that parents think water guns and submachine guns are the same. What gives her the right to judge this girl’s parents like that? She, like me, doesn’t know anything about them. To suggest that they are a certain kind of stupid is as innacurate as it is immoral.

Ms. Barath then goes on in utter disbelief that the range would put live rounds in their firearms: “why was it necessary for the rounds to be live?” Now, I’m starting to question the state trooper credential. What other types of rounds do you fire at a shoting range? Dummy rounds? OK, maybe use dummy rounds or dry firing to get a feel for the trigger pull or to practice reloading. But if you’re going to fire an Uzi, you fire it using live rounds. I just don’t understand why anyone would question that. I don’t know of anyone who has suggested that the girl didn’t fire the gun prior in semi-automatic mode. Perhaps she did, maybe she didn’t. Either way, nothing can prepare you for the recoil of an automatic weapon other than cycling live rounds through it. So, why is that a surprise?

In summary, Ms. Barath completes her opinion by suggesting all of this could have been avoided had her parents simply said, “no”. I don’t think you can oversimplify a tragedy any more than that. Suggesting that this was something the parents simply should have never allowed is an idea so completely close-minded and asinine as she claims those parents are. Those parents, Ms. Barath, trusted their precious child to a licesned, experienced firearms trainor. Why would you suggest they were wrong or stupid for doing so? If this accident happened in someone’s backyard and drunk Uncle Billy was teaching little Susie to shoot his Uzi while the parents watched, that would be wrong and stupid. But trusing a professional to teach your child – isn’t that what parents do every day? Whether it be in school, on the ball field or in the dance studio – parents trust their children to professionals to teach them something. There is nothing wrong with that or them. Yet, in Ms. Barath’s opinion, by having a professional teach their daughter to fire a gun, “The parents set this child up for this consequence to dictate the rest of her life.”

Here’s my final question for Amy Barath: what on earth do you believe that putting this opinion article out there is going to accomplish? It appears as if your goal is to make those “asinine” parents of that poor 9-year-old girl feel even worse than they already do. This was a tragedy. Someone died. Everyone at that range that day will be emotionally and mentally scarred for the rest of their lives. By calling out these parents, putting the blame squarely on their shoulders and calling them “asinine” is like pouring salt on their already open and painful wounds. I detest irrational and poisoning opinions like these. This is America, you have a right to your opinion, Ms. Barath. But for you to pour that opinion out on the internet to further torture two people who are already battered and bruised is simply incorrigible.

At the bottom of the article, it reads:

Ms. Barath may “strive” to be unbiased and to show “common-sense”, but neither are represented in this piece. Now, I am a supporter of The Blaze and admire many things about Glenn Beck and his studio. Many who contribute to his network offer opinions very different from his own. I appreciate that. But to see an opinion column like this on his network’s website shocks me. Glenn has lately been encouraging open and honest dialogue without emotional or even hateful rhetoric. The kind of journalism represented in this column is hateful and, in my opinion, appears completely without fact or any attempt to produce some kind of positive outcome. I expect this kind of gratuitous, illogical diatribe from CNN or MSNBC, not from The Blaze. From The Blaze, I expect much better than this.

Sep 2, 2014S. Lawrence
Sons of Guns Cancelled After Star's ArrestWhy Do We Aim for the "Bullseye"?
Comments: 2

8 years ago 2 Comments Guns, In the News, Rantsaccident, gun safety, in the news, submachine gun, tragedy505