Obama’s Executive Actions on Gun Violence: What They Mean to Gun Owners & What He Failed to Address 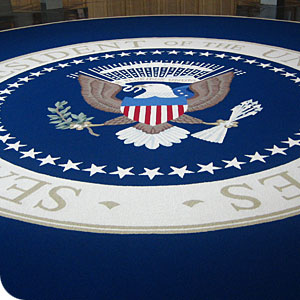 Today, President Obama released his plan to curb gun violence in the United States. The NRA as well as gun owners and 2nd Amendment advocates everywhere feared the president would begin an all out war on gun ownership in the U.S. However, after reviewing Obama’s 23 Executive Orders on gun violence, I’ve come to two conclusions:

First, the gun community who have been ripe with fear and panic can take a chill pill – for now.

Second, the president has no clue what’s behind gun violence OR how to curb it.

Obama’s 23 orders (listed at the end of this article) don’t mention any specific firearms, the banning of any specific firearms or any new bans or prohibitions of firearms at all. Most of the “orders” in his list talk about issuing memos, letters and propositions – mostly about gun violence, background checks, education and training. A few of the items are no-brainers like numbers 9 & 10 addressing the goal of keeping confiscated or illegal guns from being recirculated.

There are a few mentions of mental health checks and possibly re-evaluating what could be qualified as mental health issues that could prevent people from owning firearms. That one could be a slippery slope and it concerns me a little. But, overall I think the mental health system in America is pretty poor, so taking some steps to improve that would be a positive thing.

One item, number 16, specifically targets some wording in the Affordable Care Act (aka Obamacare) that the NRA had included intentionally. From what I read, the NRA worked hard to get a provision in the ACA that would not force health care providers to ask people if they are gun owners. I can see why the NRA wanted that – if Obama really wanted to he could add a clause to the ACA that gun owners would not be covered because of the (potential) risk they pose. That may be a stretch, but it’s a possibility.

Now, I know the president made mention of banning “military-style assault weapons” and “10 round limit for magazines” in his address. But, he has punted that to Congress. Maybe that is because he can then blame them if it doesn’t pass. I do believe he will push for an assault rifle ban, but so far, he hasn’t put anything in writing to that affect. Also, I haven’t read anywhere what people like Diane Feinstein define as an assault rifle – which an AR15 is not – so I’m not sure what we have to fear in that regard, for now.

But, let’s talk about what his 23 orders did NOT address. There’s no mention of gun violence in the media. That’s a huge omission. I don’t know what possible alliances there are between Hollywood and the White House, but not mentioning gun violence in movies, TV & video games, in my opinion, is a very big deal and somewhat suspicious. Don’t get me wrong, I’m not a prude. I love the Die Hard movies as much as the next guy. But do we need to over-saturate our children’s minds with guns and death everyday? Kids are watching bloody and violent movies and playing violent video games for hours a day – and nobody wants to connect that to gun violence? That’s very sad and very pathetic. At the end of the day, once again, it is the guns themselves that are being targeted as “evil” and not our culture or poor attitudes towards life in general. In my opinion, these have more to do with the recent mass killing tragedies than do assault weapons or guns laws.

But let’s look realistically at this list and what it will NOT do: none of these executive orders will stop tragedies like Sandy Hook. Adam Lanza was NOT a registered gun owner. He did NOT have a background check that would have prevented him from acquiring weapons. He did NOT own a firearm. He stole them. He broke the law. You can require background checks, make certain guns illegal and even limit magazine capacity – but that won’t stop people from breaking the law and committing acts of violence. The only one out of the 23 orders that comes close to preventing tragedies like that in Newtown is number 18: “Provide incentives for schools to hire school resource officers.” In other words, hire armed guards. But none of the other orders does anything to prevent tragedies committed by sick and disturbed individuals who are hell-bent on causing harm.

Personally, I don’t feel Obama’s executive orders issue any kind of decree on banning weapons. This is a lot tamer than I expected, so as a gun owner, I am relieved. But, as a citizen, I am angered. I am also somewhat surprised at the lack of conviction (or competence) the president has shown in this area so far. I think he could have come out a lot harder than this, and I think most of us expected him to do so. I’m not sure what this first list of actions tells us. Is he not serious about stopping gun violence? Is he not against the 2nd Amendment? Is he just dishing it out is small pieces? I don’t know. Let your theories fly in the comments. For now, I’m puzzled and suspicious – and not happy.

But, before we close the topic, let’s not forget to look at one more thing: the price tag. This little (and ineffective) effort to curb gun violence comes at a price tag of $500 million. This, coming from an administration that already has us spending way beyond our means. So, for me, the biggest outrage I come away with today is not Obama’s war on guns. No, I’m more concerned about his war on America. He is personally leading our country to bankruptcy and that, my friends, should be a bigger concern than our 2nd Amendment rights. At least for now.

The Official 23 Executive Actions Issued by the President

Jan 16, 2013S. Lawrence
Something New I Learned About the Old .38 SpecialThe Reality of an Assault Weapons Ban
Comments: 1