Tragedy in Newtown – Guns Not to Blame 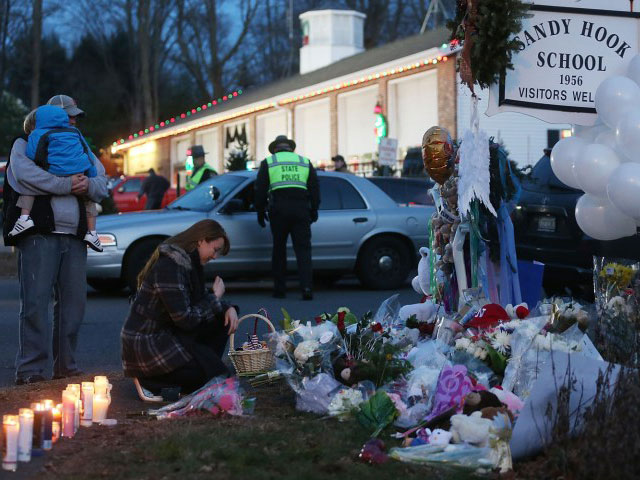 People have asked me to weigh in on the debate regarding the tragedy that happened last week in Newtown, CT and how it relates to gun control laws in the U.S. Personally, I don’t really don’t want to discuss it. I’m honestly so sickened and saddened by the horrific slaughter of innocent children that I don’t believe this is the time to politicize this tragedy. But, the anti-gun people have started politicizing it already, so I can’t ignore the debate – it’s already started.

So, what’s my opinion? Not a surprise, I don’t believe that blaming guns for this tragedy is accurate. Moreover, not only is blaming “lax gun laws” missing the point, it is also completely missing the bigger picture.

Look, I know this is an emotional issue. Lives were ended prematurely and tragically. In many ways, I think we’re incapable of even processing this tragedy on all levels. But, let’s back up, try to not let our emotions rule our actions and take a step back and look at it objectively. To do that, I’ll ask and answer a few questions.

First: If Adam Lanza didn’t have access to firearms, would the tragedy at Sandy Hook Elementary have happened? Answer: there’s no way we’ll ever know that. But, let’s examine what we do know. As of today, no official diagnosis of Lanza’s mental condition has been released. He’s been described as possibly having Asperger’s Syndrome and that he was high functioning but not social. He’s also been described as being unable to connect with people and possibly even unable to feel physical or emotional pain. I’m no psychiatrist, but in my opinion, that sounds like a pretty mentally unhealthy individual. So, who’s to say whether or not he could have carried out his rage in another way. What’s to say he couldn’t have stole his mother’s car and drove through a playground instead? No one will know the answer to that, but it’s a question worth asking. Why? Because sick people can do sick things no matter what tool they choose to carry out their sick actions and saying that guns are the problem overly simplifies it. Case in point: The same day, Dec 14, a man in China ran into a school slashing over 20 people (mostly children) with a blade. The weapon isn’t to blame, the individual is.

Second question: Were the guns used by Lanza acquired legally by him. Answer: No. The guns were registered to his mother. He stole them. He took them to a “no gun zone” and used them. He broke the law. Criminals and sick individuals do that. They break the law. So how is adding more laws regarding guns, guns in proximity to schools, or any other law going to stop criminals from breaking the law? It won’t. If an addict wants an illegal drug, he finds a way to get it. If a sex-depraved lunatic wants sex, he rapes someone. If a deranged young man wants to hurt someone he’ll find a weapon and do so. All the laws in the world won’t change that.

So, it’s not fair to say “we need more gun laws” to stop tragedies like that which happened in Newtown, CT. That’s not to say some modification of firearm laws can’t be looked at. I know many in the firearms community will disagree with me, but I honestly wouldn’t mind if getting a firearm was as difficult as it is to get a driver’s license. Think about it, you have to take a class along with both a written and field test to get a driver’s license. Makes sense considering you’re then given the right to drive a vehicle that can do a lot of damage if used improperly. Why not the same with firearms? I think that’s a step towards better gun safety.

Some will argue, “well we can’t keep going and not change anything.” I agree, let’s do something. But making certain guns illegal or limiting gun ownership rights isn’t the answer. Taking guns out of the hands of law-abiding citizens who obtained them legally and uses them responsibly solves what, exactly? I’ve read of at least two events in the last week that ended before becoming worse when a person with a legally concealed firearm intervened. We don’t talk about those stories and they aren’t even often documented – but countless tragedies have been prevented by law-abiding citizens protecting themselves and others with their legally acquired firearms.

So, my suggestion on what to change: not gun laws, but how about our attitudes towards life, towards each other. How about we not look the other way when someone in our life isn’t acting right or might be struggling with some inner demons. Brady Quinn of the Kansas City Chiefs suggested something similar when discussing the death of teammate Jevon Belcher. I’m paraphrasing, but he said something to the effect of “if maybe I had paid attention or really asked him how he was doing and meant it, maybe I could have helped him.” Too often we don’t really pay attention to each other’s behavior – if we did, maybe we can spot something or someone like this and stop it.

Maybe we also look at some changes in our mental health care in this country. It’s a very difficult thing to get help with unless you’ve got endless resources and money. Who has that? Not most of us. Maybe if Adam Lanza’s mother had other options he might have been treated properly so as not to allow him to commit such a heinous crime. I don’t have the answers, I don’t pretend to. Things have to change so this doesn’t happen again. In my opinion those changes can be in many forms from many different angles. But simply blaming guns isn’t the answer. The answer, like the question, is multifaceted. If we make it one-dimensional we are missing the bigger picture – and missing the chance to protect innocent lives.

9 years ago 2 Comments Blog, In the News2nd amendment, catastrophe, gun laws, in the news, NRA, tragedy403