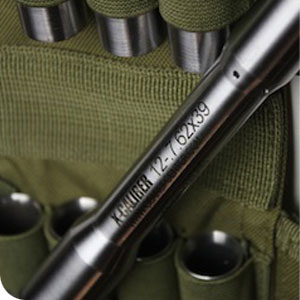 OK, so here’s the scenario: some major disaster has happened (pick your favorite: zombie apocalypse, major natural disaster, foreign invasion, etc.), you’re trying to protect yourself, your family and your stuff. But, given the extreme situation, ammo is scarce and you have a limited arsenal of weapons. What good is it to find 5.56 NATO or .38 special rounds when all you have is a .308 rife, a 9mm pistol and a 12 gauge shotgun? Enter: X Caliber. 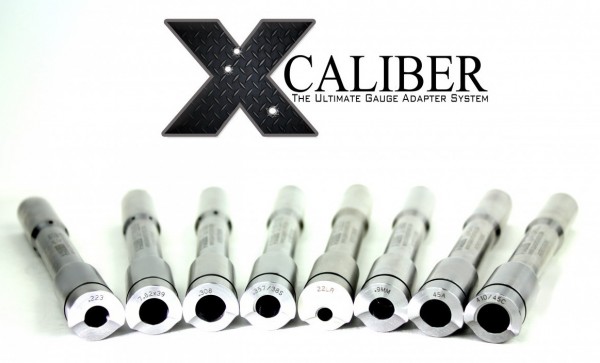 What is X Caliber?

X Caliber is an adapter system that enables any single-shot, break-action 12 ga. shotgun to fire a variety of ammunition designed for other firearms. You read that right, with the X Caliber system, you can fire ten different types of ammunition other than your typical 12 ga. shells. Here are all the calibers you can fire with X Caliber:

How Does X Caliber Work?

Well, I’m no engineer or gunsmith, so I can’t give you all the formulas and data but I can explain it the way I understand it. X Caliber adapters are 7″-long steel tubes that are inserted snugly into the breach of your shotgun and have internal rifled barrels the precise size needed for the various calibers you may wish to fire.

While you are limited with a single shot firearm, the possibilities really make this a viable system in the event you are stuck in a situation with very limited ammunition. Clearly, if you don’t believe there’s any need for preparing for such a scenario, than X Caliber isn’t for you, but if you are a prepper or even someone who believes times of crisis are at least somewhat likely, you might want to consider the X Caliber which is available for pre-order from Gear Up for $449.

NatGeo’s Doomsday Preppers host Tim Ralston is a big fan of the X Caliber system and you can see his two videos on the subject below. Now, why I had to find out about X Caliber on The Blaze rather than at Guns & Ammo or some other firearms magazine, I don’t know.

Apr 4, 2013G. Miles
Colion Noir: A Band-Aid on a Bullet HoleNew Gun Laws Won't Help: Take if From The Boys in Blue
Comments: 10