New Gun Laws Won’t Help: Take if From The Boys in Blue 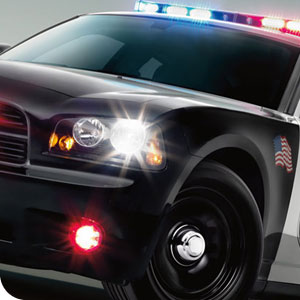 This is clearly not the first time I’ve taken to my blog to talk about many of the new gun laws being proposed by the White House and politicians everywhere. And, if you’ve been to this site before, you’ve probably read one or more of my posts on the subject. I’m sure I won’t stop writing about it, unless of course, the madness ends. But, I recently read the results of a survey conducted by PoliceOne.com that asked current and retired police officers about some of the new gun laws being proposed. I won’t say I was shocked by what I read – in fact, I think I feel encouraged by it. Yet, at the same time, I feel completely outraged that most Americans and certainly politicians won’t even read it.

In the survey, over 15,000 police officers provided answers to questions about the new gun legislation being proposed by the president. They were asked their opinion on a range of topics from how the new gun laws may impact them directly to what they felt were the leading factors of gun violence in America today. The short answer: most of them don’t believe any of the new gun laws will have a real impact on gun violence at all. Let’s look at some specifics.

Question: What effect do you think the passage of the White House’s currently proposed legislation would have in improving police officer safety?

So, 85.2% of those surveyed believe the new gun laws will have either no impact on officer safety or they could NEGATIVELY affect their safety. Wow! But let’s not stop there.

Question: Do you support the concealed carry of firearms by civilians who have not been convicted of a felony and/or not been deemed psychologically/medically incapable?

Hmmm, shocker. 91.3% of cops actually like the idea of responsible citizens protecting themselves with firearms. That’s not what the politicians think. But, do they think that citizens legally owning firearms can help reduce gun violence? Let’s see:

Question: On a scale of one to five — one being low and five being high — how important do you think legally-armed citizens are to reducing crime rates overall:

Well, I guess that answers that. 90.4% of those surveyed believe that armed citizens can help reduce gun violence.

The survey included a total of 28 questions. Some other notable questions regarding some of the proposed new gun laws touched on magazine capacity. 95.7% of those surveyed believe that limiting magazine capacity to ten rounds would have no positive effect on violent crime. Additionally, when asked about a national registry of gun sales, 70% do not support such a database. Another area they seemed to mostly agree on is stiffer penalties for gun related crimes suggesting that such penalties may help bring down the amount of gun violence. 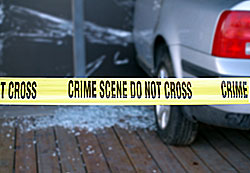 When asked about the most recent of mass killings and what might help prevent those crimes from being committed in similar circumstances, the officers overwhelmingly seem to support NRA president Wayne LaPierre’s assessment that a good guy with a gun is the best deterrent. 44.6% believed armed personnel or security guards would help to prevent large scale shootings. On that same point, only 2.4% believed new gun laws prohibiting certain firearms or magazine capacities would have an impact on mass shootings. In fact, when asked specifically what the effect might have been had an armed individual been in either Aurora or Newtown, 80% believed there would have been fewer casualties if someone was there that could have stopped the killers.

I find it ironic, and sad, that people like Joe Biden and Diane Feinstein can get in front of a camera and tell the American people what they think is best for American citizens when it comes to guns. They believe that their experience gives them the right to do so. The truth is, when considering any new gun laws at all, they should be talking to the people on the front lines: the police. But, if they did that, it wouldn’t match up to their agenda, so they won’t. But, when over 85% of police officers are saying that new gun laws could either not help them or make their jobs more dangerous, somebody should be listening.

I’ll leave with the results of this next question. Because the top answer here is not being talked about anywhere.

Question: What do you believe is the biggest cause of gun violence in the United States?

I welcome your comments.

Apr 10, 2013T. Bryan
X Caliber - A Survival Game-ChangerLiberal Hypocrisy: What the Kermit Gosnell Story Reveals About the Left and the Mainstream Media
Comments: 1